The 40 Days Concept Is A Very Powerful One In The Bible, Especially For Prayer.

The Bible has many references to forty days, and by examining  these verses we can see that it takes forty days to accomplish purification, in order prepare oneself for a holy or an important task and to accomplish true repentance which will remove a negative decree. Which we will then gain true and real understanding. The reason why we have problems in life is because there is a negative decree upon us and we need to learn how to remove them.

Below are some verses from the Hebrew Bible about the concept of 40 days. 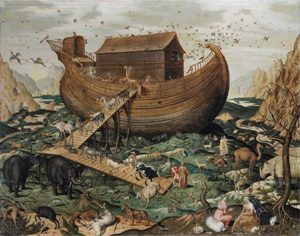 For after seven more days, I will send rain on the earth 40 days and 40 nights; and I will blot out from the face of the land every living thing that I have made.

The rain fell upon the earth for 40 days and 40 nights.

Genesis (Bereshit) 7:17
Then the flood came upon the earth for 40 days, and the water increased and lifted up the ark, so that it rose above the earth.

Genesis (Bereshit) 8:6
Then it came about at the end of 40 days, that Noah opened the window of the ark which he had made;

Genesis (Bereshit) 50:3
Now 40 days were required for it, for such is the period required for embalming. And the Egyptians wept for him seventy days. 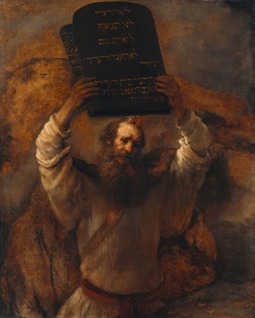 Exodus (Shemot) 24:18
Moses entered the midst of the cloud as he went up to the mountain; and Moses was on the mountain 40 days and 40 nights.

Exodus (Shemot) 34:28
So he was there with the Lord forty days and forty nights; he did not eat bread or drink water. And he wrote on the tablets the words of the covenant, the Ten Commandments.

Numbers (Bamidbar) 13:25
When they returned from spying out the land, at the end of forty days,

Deuteronomy (Devarim) 9:11
It came about at the end of forty days and nights that the Lord gave me the two tablets of stone, the tablets of the covenant.

Deuteronomy (Devarim) 9:18
I fell down before the Lord, as at the first, forty days and nights; I neither ate bread nor drank water, because of all your sin which you had committed in doing what was evil in the sight of the Lord to provoke Him to anger.

Deuteronomy (Devarim) 9:25
So I fell down before the Lord the forty days and nights, which I did because the Lord had said He would destroy you.

Deuteronomy (Devarim) 10:10
I, moreover, stayed on the mountain forty days and forty nights like the first time, and the Lord listened to me that time also; the Lord was not willing to destroy you.

Samuel-1   17:16
The Philistine came forward morning and evening for forty days and took his stand. 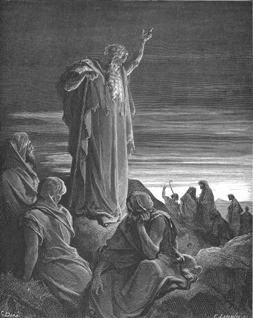 Ezekiel (Yechezkiel) 4:6
When you have completed these, you shall lie down a second time, but on your right side and bear the iniquity of the house of Judah; I have assigned it to you for forty days, a day for each year.

Jonah 3:4
Then Jonah began to go through the city one day’s walk; and he cried out and said, “Yet forty days and Nineveh will be overthrown.”

Why The Western Wall?

1 Chronicles 7:15. "Now mine eyes shall be open, and mine ears attend unto the prayer that is made in this place (Temple Mount)".

Any request that is said at the Wailing Wall, next to the Temple Mount, has great power. Many Famous people come for a prayer for strength or guidance.